Tell us about a place you like in Japan. 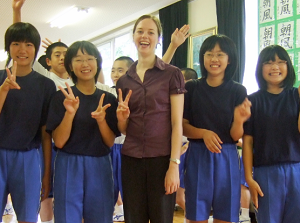 I lived in Namie in Fukushima, and we were a three-hour drive from Mt Bandai in the west of the prefecture. Being so far from snow in Adelaide, I really enjoyed snowboarding with friends at Mt Bandai and going to onsens. That was a real highlight for me in the cold winter.

What did you do when you lived in Japan? 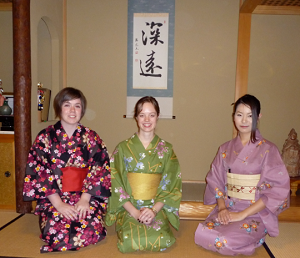 I taught English at elementary and junior high school as part of the JET (Japan Exchange and Teaching) Programme run by the Japanese government. I taught English at four schools in my town. It was great to get to know the teachers and students there, especially the younger students who were so excited every time I worked with their class.

I had the chance to be involved in festivals and cultural events - in my community and in the surrounding towns in my prefecture. It was a wonderful experience to live in Japan and feel part of the community. Along with organising accommodation, the JET Programme really supported us with language courses and a support person in the town, which made it easier to get involved.

Tell us something memorable about your time in Japan.

One of my favourite times in Japan was seeing snowflakes fall into the hot water of the onsen after snowboarding at Mt. Bandai. That was magical for me.

It's always been the language and the traditional aspects of the culture for me. I love visiting temples and shrines. I love spending time in gardens in every country, and I particularly love going to gardens in Japan. 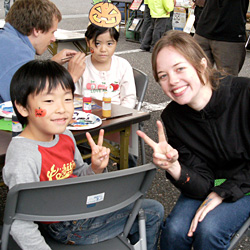 At the moment I'm the SA Representative for the JET Alumni Association. We run cultural and networking events, and support JETs once they're back in Australia. We've been involved in fundraising for disaster relief, and we're planning to do more coordinated fund-raising events with other JET Alumni Associations around Australia for the one-year anniversary of the Japan disaster. As part of my role at the Australian Science Media Centre I'm working with the Science Media Centre of Japan on stories involving Japanese and Australian scientists. It's fantastic being involved in this collaboration between the two countries.