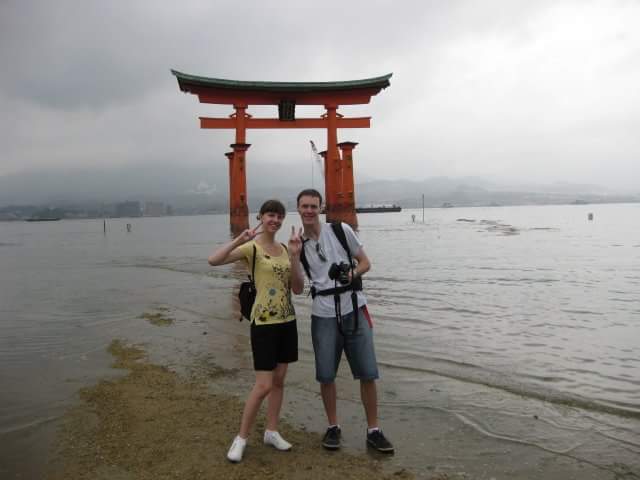 Can you tell us about a place you like in Japan?Miyajima is my favourite place. It's like a sleepy country town trying to be a city. It's very tourist heavy down the bottom of the island with Itsukushima Shrine, shopping streets, a cable car to the top to see the monkeys, and all the deer (oh, all the deer!). The shrine is absolutely beautiful because when the tide is in, it seems to float on the water, and then when the tide goes out, you can walk out to the large 'torii' gate for great photo opportunities. The little shopping street is a great place to buy knick-knacks for family and friends, and the restaurants offer delicious Japanese cuisine. On a hot day, vendors sell shaved ice in different flavours, which became a real treat for my brother and me.

During my first trip, I stayed with a host family. My host sister stayed with me in March 2005, and I stayed with her family in September the same year. We attended school at Kokubunji High School in Tokyo and did lessons on the history of Japan, cooking, flower arranging and calligraphy. We also attended an English lesson to assist the teacher. Then we headed to Kyoto and Hiroshima to see temples, shrines, castles and museums. The best part of this trip was heading to Mt Fuji with our host brother and sister. We went up as far as the bus could take us, and were left to either look around the visitor centre or see how far up we could climb before heading back down. Most of us stayed inside as it was freezing that day, so we had a nice lunch together instead. After that, we were taken to a set of caves by Mt Fuji that was created by lava flows, some of which were tiny - and we had to crawl through! Not fun for someone with claustrophobia.

I went back to Japan in 2008 with my older brother. I took him to all the places I had been to when I was on the school exchange, and he loved it. There were a few times when we were sitting for a rest and ended up practising English with some locals who were learning. We tried visiting Osaka on this trip and we were able to see the aquarium and Ferris wheel, as well as Osaka castle, which was pretty huge! We also went to Hiroshima, and it was a very sobering experience. The walk from the A-Bomb Dome past all the statues and monuments right through to the museum really hit home how devastating it was. We had both learned about it in our Japanese lessons at school, but you never realise the full extent of what happened until you are there and see it. We were both rather glad we had left our visit to Tokyo and Disneyland until the end of our trip because we both needed cheering up.

As soon as we were back home in Adelaide, we were planning our next trip to Japan. This time, we went in August 2009 and took our Mum with us. We took her to the temples and shrines that we liked best, as well as Disneyland and DisneySea. We met an Australian man in his 20's at DisneySea. He told us that he was doing the JET program, and he spent most of the day with us after that. That's how I learned about JET and started my research on trying to do the program. 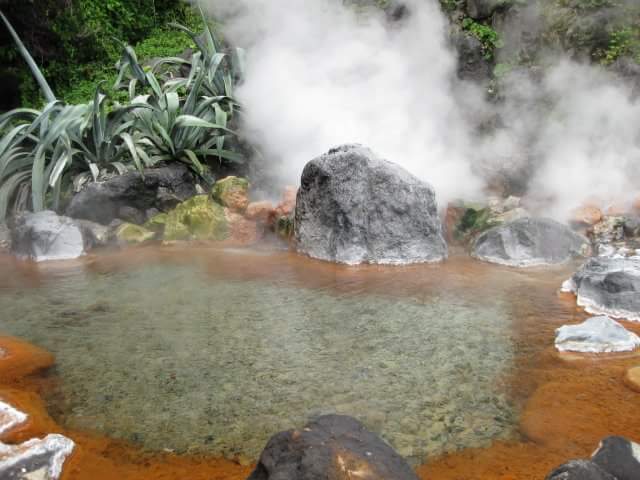 We also made a detour to Beppu. Beppu is known for the 'Seven Hells' hot springs. Some were the clearest blue you have ever seen, another one was red, another was bubbling mud, and another was a geyser! There are smaller hot springs that you can sit in, but at the time, it was far too hot to do any more than relax our feet in the water. 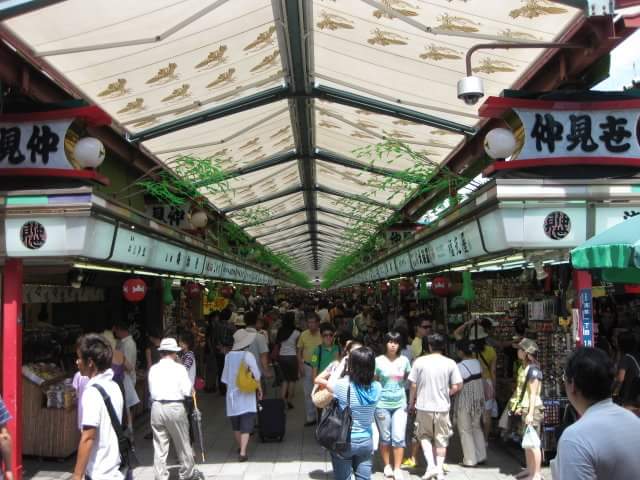 I love that Japan is so different to Australia. Everything in Australia is so modern, as we are a relatively young country. In Japan, there is such a strong mix of old and new, but they are not separated. There is so much to see and so much history and culture to learn about everywhere you go. 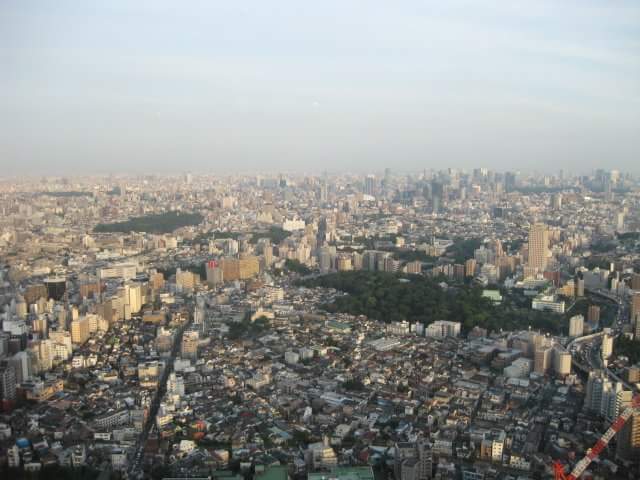 It is just so busy! There never seems to be downtime in Japan. Everyone is always on the move, everything is open until late at night, and even after business hours there just seems to be people everywhere! In Japan people never seem to spend a lot of time at home. 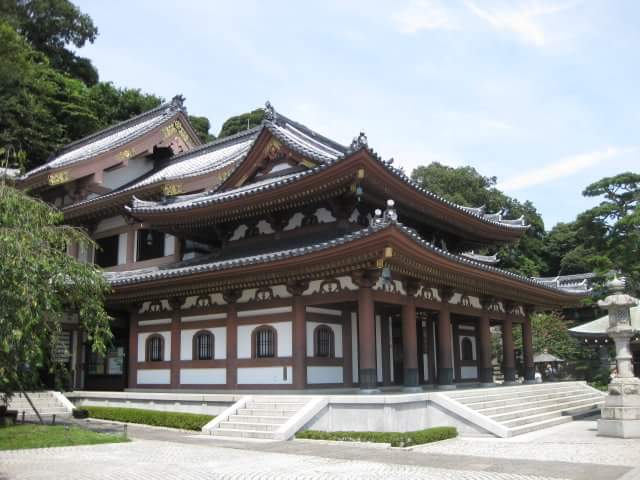 I have several friends who have gone to Japan and have asked me for advice on where to go, where to stay, places to see and eat etc. I also have a couple of friends currently in Japan doing JET, and I constantly check their social media to see pictures of what they are up to and of all the festivals that are happening. I am also still in contact with my host sister and we still exchange gifts at birthdays, trying to make them as Australian/Japanese as possible.

I think my best memory of Japan was the first time I went with my school on exchange, and we visited Todai-ji Temple. At the back of the temple is a pole with a hole in it 'the size of the Buddha's nostril', and you are encouraged to try and get through it. Being the skinniest of my school group, everyone told me to have a try. I got most of the way through, but my shoulders got stuck just before reaching the other side! All my classmates had to try and pull me free and it was insanely embarrassing, but it gave all of us (and everyone else watching) a good laugh!