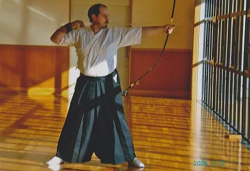 What did you do when you lived in Japan? 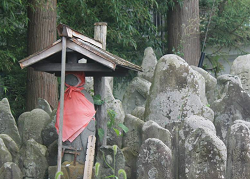 I was over there for a year studying kyudo (Japanese archery). I lived in the village of Yamagata in Nagano, which is pretty close to Matsumoto City. I still have a house there up in the mountains. I initially went to Japan to study aikido and jujitsu in Osaka, but we'd already bought the house at that stage, and it was a 6 hour drive to Osaka and a 6 hour drive back, which was too complex. I didn't know what to do, then a friend told me there was a kyudo class offered at the local budokan (martial arts gymnasium), so I went down and signed up. I was looking to stay in Japan on a cultural visa, and as the aikido and jujitsu had fallen through, kyudo came up just at the right time.

Can you tell us a little about kyudo? 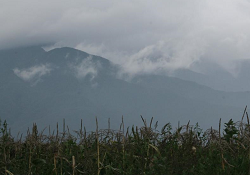 Kyudo is the art of Japanese archery, or way of the bow. It is referred to as a form of meditation, and it is definitely more about meditation and having the right state of mind rather than firing a bow. You can learn the 8 steps to fire the arrow, enter and exit the dojo fairly quickly, but mastering those steps is what takes time. You focus on the perfection of each shot and having the correct technique, rather than where the shot is going to land.

What other things did you do while you were in Japan?

We travelled around Nagano prefecture a bit, and we saw the firefly festival. You walk down a rural road through rice paddies, and at some point you start noticing that there are fireflies everywhere. Finally, you arrive at the matsuri (festival) part where people are selling things. I'd never seen fireflies before, so it was pretty exciting. I got to catch one! 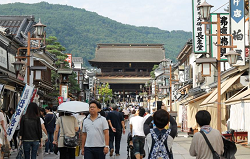 I love Japan. Living there is a dream. As a general rule everything is cheap. People are polite and friendly, they're more accepting of you, and there is less abuse and aggression on the streets. People are even polite when they drive!

Tell us something memorable about your time in Japan. 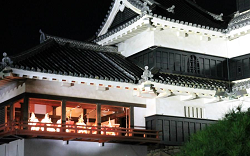 I drove through one of my favourite historical battlefield sites and didn't realise it until it was too late to turn back. I'd always wanted to go to the fields of Sekigahara, that's where one of the most famous battles in Japanese history occurred. We had to return the hire car to Osaka, and as I was driving, for some reason I noticed Sekigahara on the navigator. We'd already gone past all the exits, so there was no way to go back for it! That's the closest thing you'll get to a memorable moment - it was a disappointment! So it's still on my list. I just want to see the battlefield and get a feel for what it was like for them. I know where it is now, so I'll be looking out for it.

Any possible chance I get, I'm going back! There's an opportunity for us to send people over to Nagoya for grading in April next year. I'd like to go over and try to get my 2nd Dan, and it would be good to send a couple of South Australians over as representatives of the Australian Kyudo Federation.

In the long term, I just want to live there. Even if I was never able to do kyudo again, I'd just be happy living in my cabin. Just being in Japan is calming.