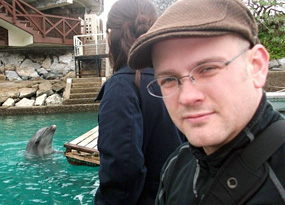 There are so many things I love about Japan. I guess the obvious answer would be martial arts, but there is so much more. I love the simple beauty, the seasons, the festivals, the food, the history, the culture, and of course karaoke. I love the contrasts: chaos and order; technology and ancient customs; traditional values and eccentricity; a tiny wooden temple standing proudly amongst ultramodern skyscrapers. Japanese people are beautiful, in person and in nature. I am constantly amazed by how far Japanese people will go to please you. They seem to be a hard-working, self-sacrificing nation of perfectionists. But I guess the thing I love most about Japan is that I feel like I am a better person when I am there. I learn something new every single day. Every day is an adventure. I grow in Japan.

Tell us about a place you like in Japan.

There are so many places in Japan that I love: Kichijoji, Kamakura, Himeji, Okinawa etc, but the most special place for me is Hikawa jinja (shrine) in Omiya, Saitama. This is one of the oldest and most respected shrines in all of Japan. Upon entry you immediately feel a spiritual calm, even when you are squashed against a million other people in the New Year season. The honden is beautiful, but it is the smaller plain wooden Munakata Jinja that I love most. The shrine is located near my jujutsu dojo. I spent many hours before or after training sitting peacefully, counting my blessings while gazing over a pond filled with koi (carp) and turtles, surrounded by deciduous trees and highlighted by a red taiko-bashi bridge

What do you do when you lived in Japan? 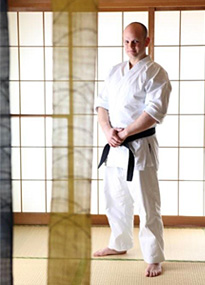 Most recently I worked at the Australian Embassy in Tokyo, but I have also worked in HR in an all-Japanese office and as an English teacher in Japan. However I did much more than just work in Japan. Every day was a learning experience, a challenge, an adventure. I studied the language, learned a great deal about the culture and invested many hours in training at some of the world's best martial arts clubs. I was fortunate enough to train in: Jujutsu at the world headquarters for Hakkoryu Jujutsu; Karate at Kyokushin HQ, the famous Jundokan in Okinawa, and Shobukan and Mushinkan in Tokyo; Shooto and BJJ at Japan's original MMA club Purebred and Paraestra; Judo with a Kodokan 7th dan blackbelt; and Muay Thai at Oguni Gym in Ikebukuro.
I also taught martial arts at the Australian Embassy.

How is life in Adelaide is different to life in Japan? 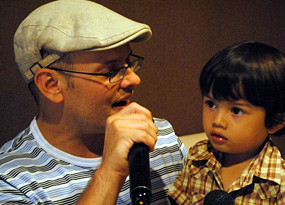 I love Adelaide: it's comfortable like an old pair of boots. Therein lies its best and worst qualities. It is too easy to cruise through life. Life in Japan is busier, but the energy inspires and motivates. Each day seems worthwhile. As much as I love Japan, it can warp a foreigner's sense of reality. It is easy to lose your sense of self as you live as an outsider, a unique individual in what outwardly appears to be a sea of homogeny. Regular periods outside of either country help to appreciate the best of both worlds.

Japan forms a large part of my identity and my connection with Japan will never cease. Japan is integral to my career and to my dreams. My family is Japanese. I will never be Japanese, yet I feel like I am part of the country. I remember thinking during my first visit to Japan at 18 years old that I belonged in Japan. It felt like I had travelled home, but for the first time. I had already been intrigued by the archipelago for as long as I could remember and this trip cemented the lifelong influence that Japan would have on me. I could not remove its influence from my life, even if I wanted to. 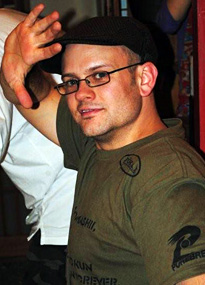 I have recently returned from Japan and intend to 'settle down' in Australia. It can be very financially draining to move back and forth as I have. However, this does not mean the end of my association with Japan. As a bilingual government employee with a Japanese wife and son, there is always the possibility of returning to Japan at short notice. I look forward to further opportunities to share some of the beauty of Japan with fellow Australians, whether professionally or individually, with the Japan Australia Friendship Association, or through martial arts. I am in the process of establishing the Sobukan, a Japanese martial arts club in Adelaide, and will return to Japan on a regular basis for my own skill development and for family reasons. I am travelling to Japan again this August for these purposes.

What's something memorable about your time in Japan? 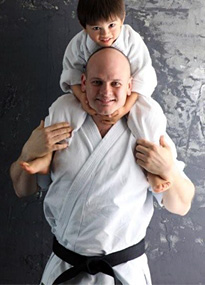 I have many wonderful memories of Japan. The last year I spent living in Saitama and working at the Australian Embassy was the best year of my life for many reasons. However, one thing I will never forget was the triple (earthquake, tsunami, nuclear) disaster of March 11 2011.

I was in a meeting when the magnitude 9.0 earthquake hit at around 2:40pm on that Friday. I quickly evacuated my team to the Embassy gardens. The tremors were so strong that it was difficult to stand upright and many crawled on all fours. Two more strong quakes followed. They were the first of constant aftershocks every few hours.
The embassy soon went to work coping with the disaster. My duties included reporting on Japanese media and liaising with local governments and Australian companies in Japan. I worked to ensure that Australian citizens and their families were safe and helped facilitate their departures from Japan.

Mobile telephone networks were down, so it was not possible to confirm the safety of my own family for some time. They were anxious hours. Finally, after working 26 hours straight, I went home to check on my family. It took four hours to get home. I soon returned to work, only managing to get home for a few hours every couple of days. I was constantly concerned for my family's safety. Earthquakes continued around the clock, preventing any real sleep. Shops had sold out of food or water, and the Japanese Government said that tap water was contaminated with radiation. The Fukushima nuclear plant threatened to melt down and radiation in our area had soared. Power cuts were common and transport intermittent at best.

I then made the most difficult decision of my life: to bring my family back to Australia. This was an agonising decision that I continue to second-guess every day. However, as the father of a small child, I was obliged to put his safety first and would make the same decision again. Memories of this disaster will never leave me. The concoction of sadness, despair, guilt, gratitude and admiration for the stoicism of Japanese people is etched into my soul. Ganbare Nippon.