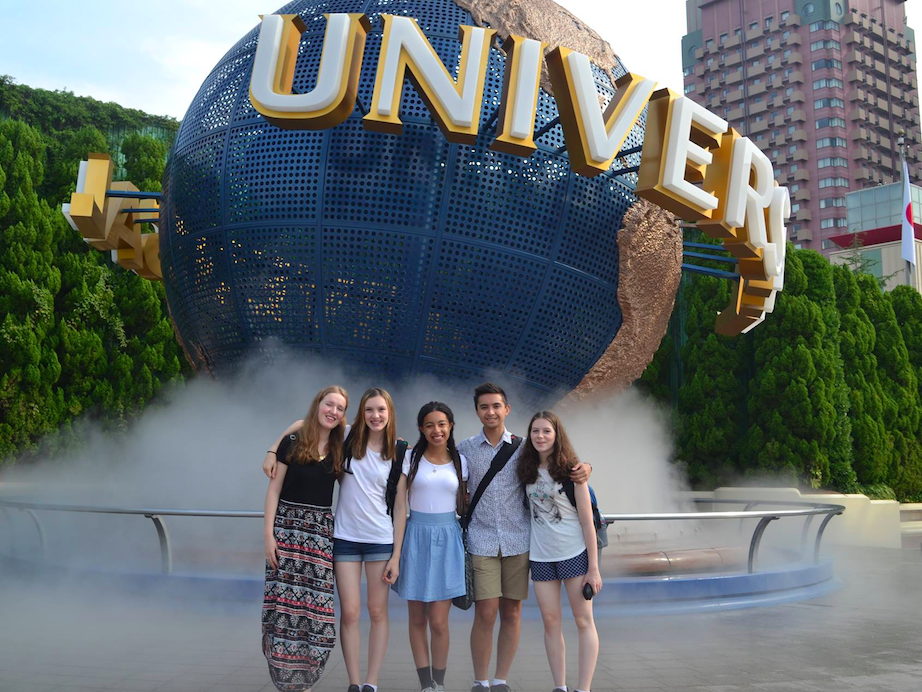 Ashton Milton-Hine
Occupation: Student at Brighton High School
(Photo: Ashton & Imogen are standing next to each other on the right)

I went on a school trip in October 2015 and stayed with host families in Himeji and Tokyo. My host family in Tokyo were some of the kindest people I've ever met, and despite being a little nervous, conversation flowed easily. It was nice speaking Japanese with Japanese people, and it was great that they wanted to speak English too. My host family took me to a science museum, and it was interesting seeing familiar things in another language. We then went to Akihabara, a popular technology district that sells electronic goods. My host family also took me to the Edo-Tokyo Museum and the Art Aquarium - an awesome visual display of aquariums filled with fish and dazzling lighting. 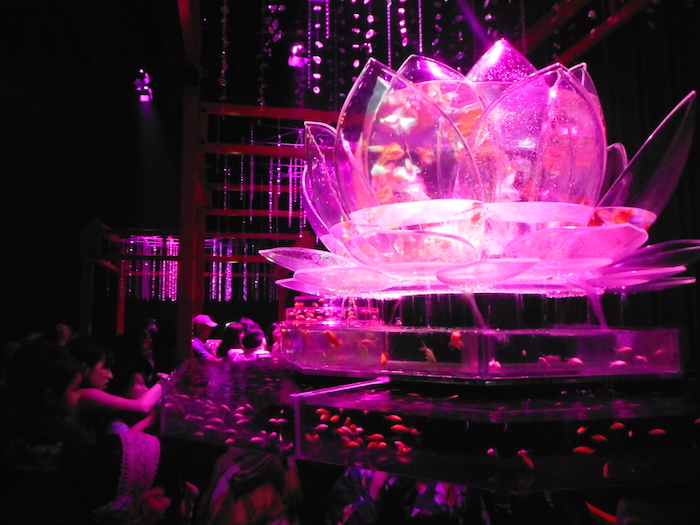 After spending the weekend with my host family, I went to Hakuo Middle School with my host brother. Many students tried judo, and we all learnt how to play the shamisen (a Japanese "three-stringed guitar"). We ate the delicious bento boxes that our host parents prepared for our lunch and traded stories about what we had done with our families. We carried a mikoshi (portable shrine) at the school's cultural arts festival, and even though there were a lot of us and we took turns, it was still heavy. Saying goodbye was hard - we developed real connections with them in such a short time. My host family invited me to come back anytime. I still keep in contact and email them regularly.

I have been interested in Japanese culture since primary school, when I used to read manga. I grew up subconsciously soaking in the interesting aspects of Japan, only really gaining more in-depth knowledge when I started studying Japanese in high school.

When I went to school with my host brother in Himeji, I saw how stressful their workload is, especially when factoring in club activities after school, the daily commute, and attending juku (cram school). The student workload in Japan is tough and expectations are high.

Perhaps I could work as a translator in the future, or learn other languages too - it's incredible to be able to converse with people in another language. I definitely want to go back to Japan, and my host family in Tokyo said that I should come back for the 2020 Olympic Games. That would be fantastic. Eventually, I want to travel the world, learn new languages, and meet many more amazing people. 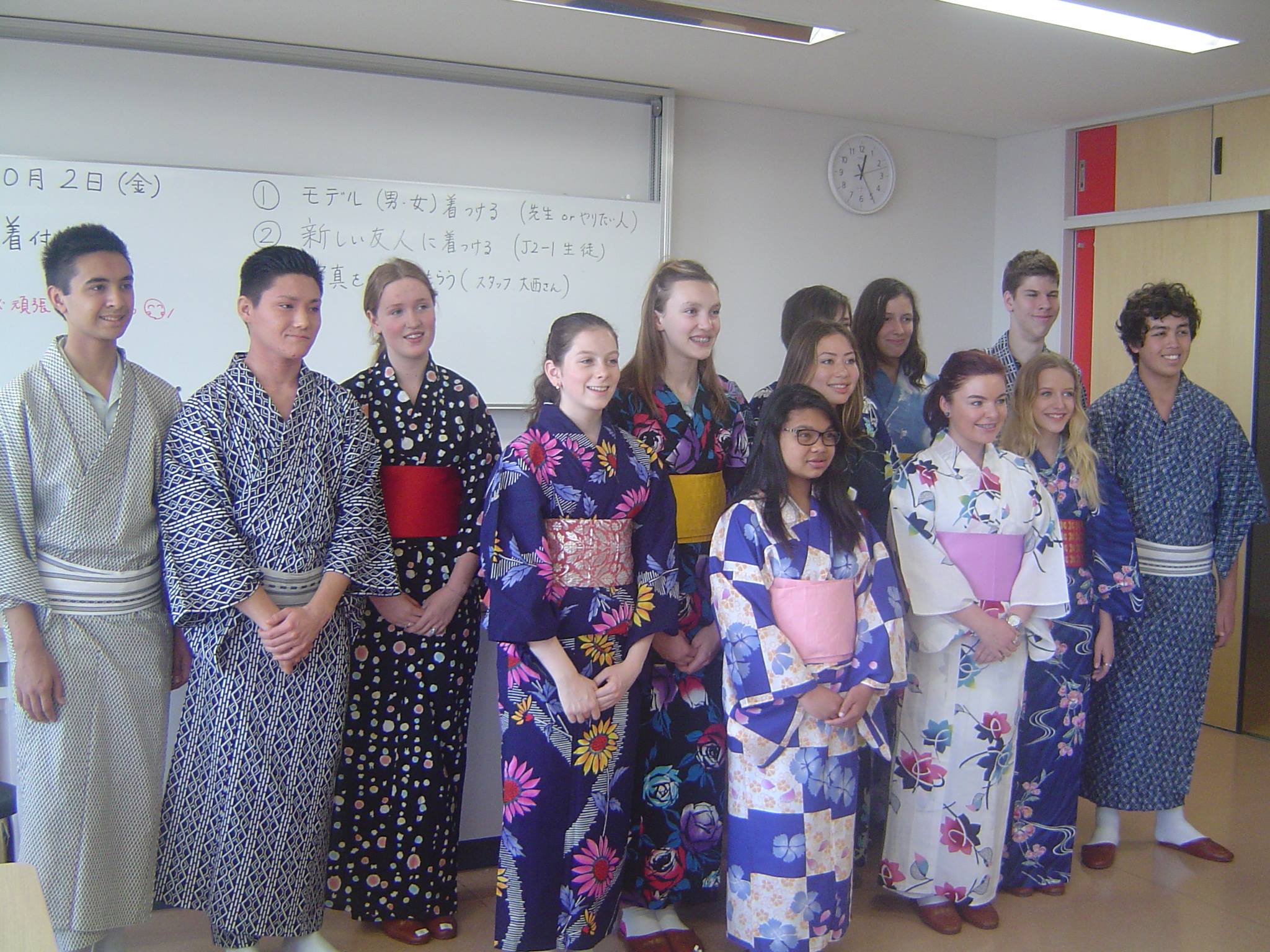 Can you tell me about a place you like in Japan?

My favourite place to visit was Hiroshima, as the Peace Park and Memorial Museum were extremely interesting. The history of the city is significant due to the events that took place, and I felt especially lucky to be able to travel there and see the museum, as it is both educational and informative. 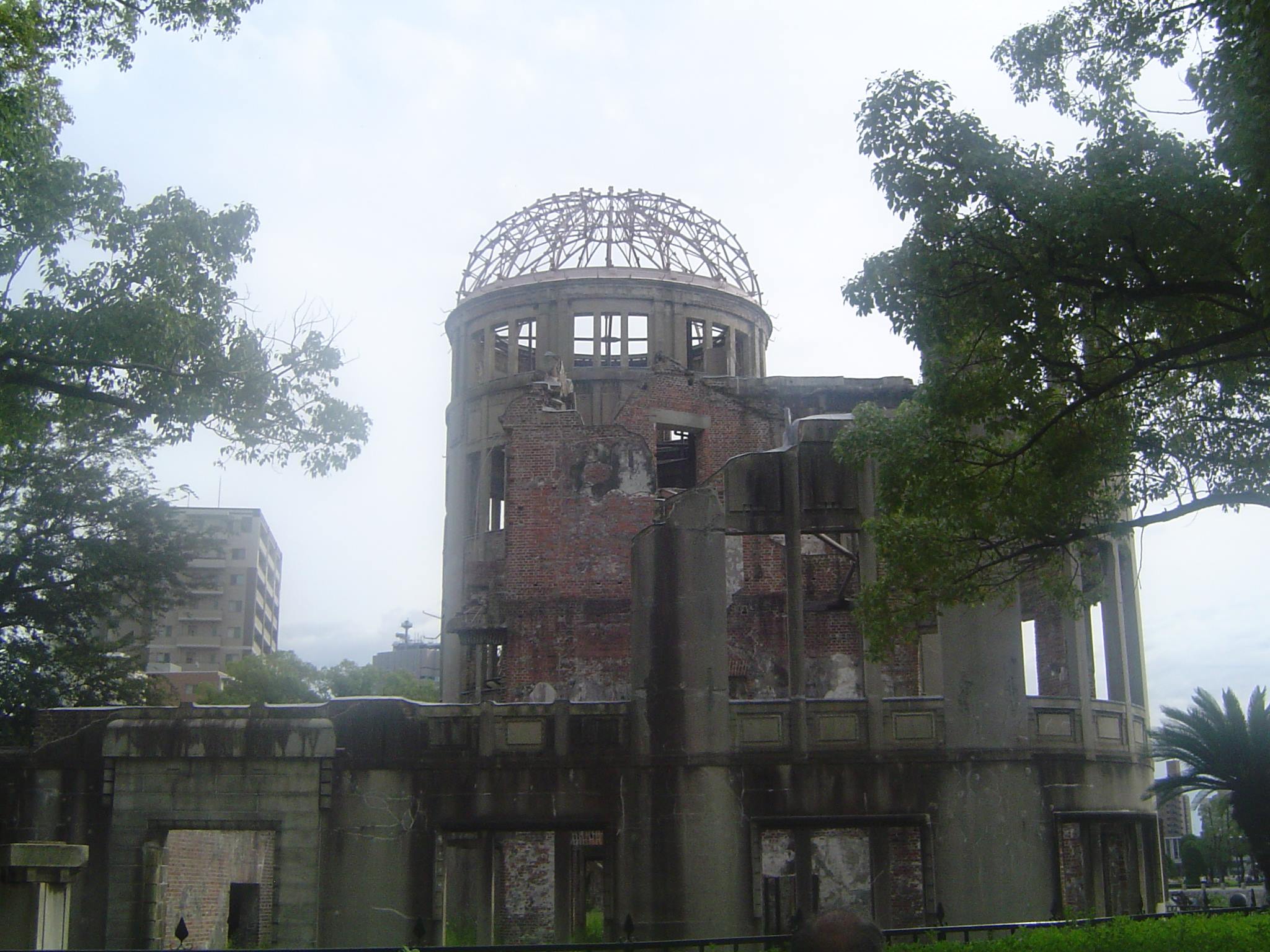 We travelled to Tokyo, Kyoto, Hiroshima, Himeji, and Osaka. In Tokyo and Himeji, we were lucky enough to experience a homestay in each location. This allowed us to really experience the daily lifestyle of Japan. In Tokyo, we spent a day at Disneyland, and in Osaka we went to Universal Studios. Both days were amazing (despite the lack of Japanese culture involved). In Kyoto, we stayed in a ryokan. We slept on futons and had traditional Japanese breakfasts, allowing us to be immersed in Japanese culture.

In Japan, they rely a lot on public transport. Due to the large population, the daily commute to school or work becomes quite a struggle for people who aren't used to it. When I think of my experiences on the trains in Tokyo, I think of suffocation and having absolutely no personal space - you have people pressed up against you from every angle. It was quite challenging and took me by surprise the first time I experienced it.

At the moment I'm studying Year 11 Japanese. I am also a big fan of anime, and whenever I get some spare time I love finding new anime shows to watch and fall in love with.

After Year 12, I hope to continue studying Japanese in conjunction with a law degree at university. I hope this will allow me to travel to Japan somewhere along the line, and maybe provide the opportunity to live and work there for a period of time.

The most memorable thing about my time in Japan was the homestays and how scary they were at first, but how fun they ended up being. They allowed us all to meet new friends, gain connections in Japan and broaden our understanding of both the language and culture.