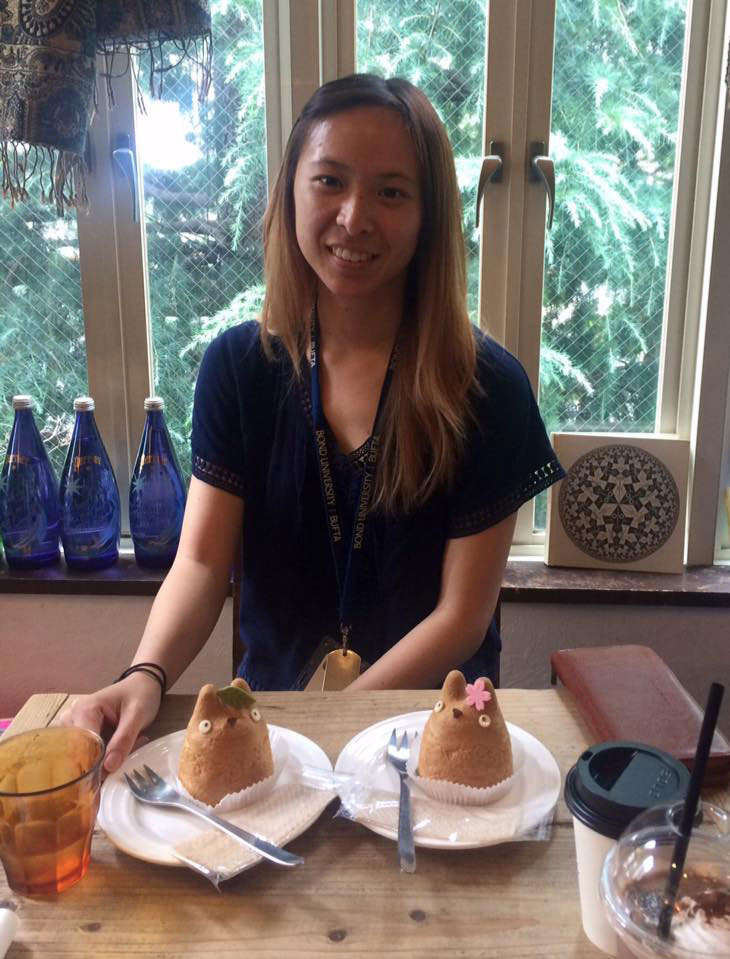 I have a soft spot for Hirado since that's where I lived for a year while I was on the JET Programme. It's an island in Nagasaki Prefecture. There are lots of mountains and trees, and it's the type of place where you can be driving along and see some wild boar. A lot of people have heard of Dejima as a trading port in Nagasaki, but before Dejima, Hirado was where the ships from the Netherlands, Portugal and England would come through and trade with Japan. There are tourist attractions like a Dutch Trading Post that has been reconstructed to commemorate that history, as well as a reconstructed castle. There's also a particularly nice beach called Neshiko Beach. In the summer (if there are no jellyfish) it's just a really nice, relaxing place to spend some time.

What were you doing in Japan?

I was working as an Assistant Language Teacher (ALT) teaching at five different schools, one for each day of the week. I think the smallest class I had was four students and the largest was thirty students. There was one school I'd have to catch a ferry to. Going to Japan on JET really reinvigorated my passion for Japanese, so when I came back from Japan, I started studying Japanese at university and went to live in Japan again on exchange at Kansai Gaidai University in Osaka Prefecture. I did that for a year, and then I went to Tokyo for another half-year and did a couple of internships there. 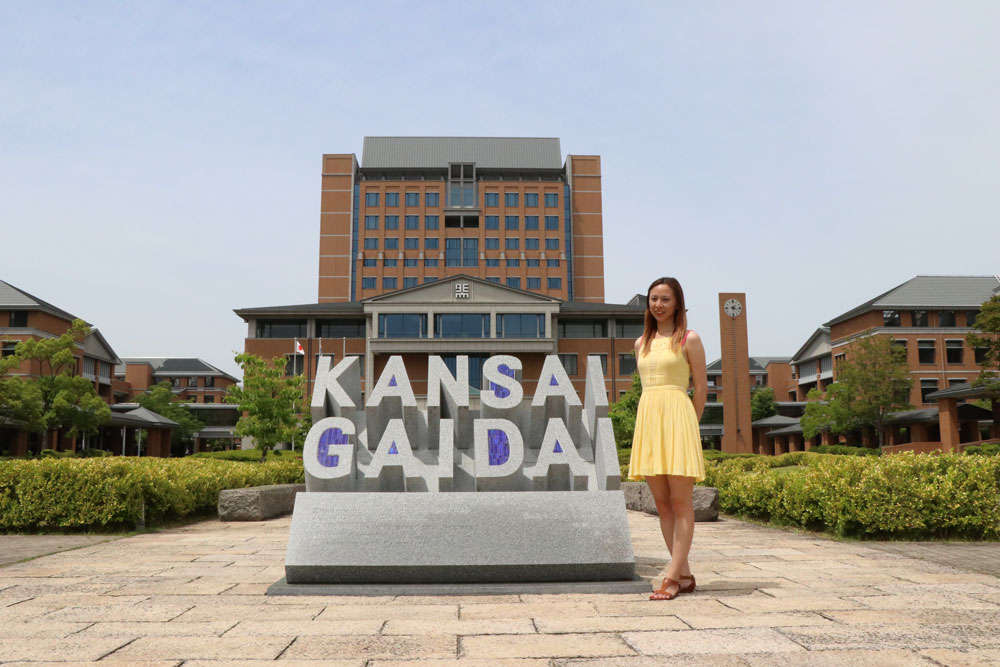 How did living in Tokyo compare to living in a more rural area?

So different! I think there are advantages and disadvantages to both, but I actually found that living in the countryside with a car was quite liberating because you could just travel around Kyushu, see natural Japan and go to places that you wouldn't ordinarily get to see with public transport. I'm definitely not a fan of crowds, so catching the commuter trains in Tokyo was a bit of a nightmare sometimes, but you kind of get used to it. In Tokyo, it's really easy to find a ramen shop or convenience store and get a quick meal, and you can expect it to be both cheap and delicious.

In primary school, I would write to a penpal in Japan. I also had an interest in anime and manga, so I ended up studying Japanese in high school. I really enjoyed the way my teacher taught me Japanese. Years later, when I was in Hirado I joined a calligraphy club and started learning the shamisen. Also, I had studied Auslan in Australia for two years, and while I was in Tokyo there were a lot of Japanese sign language circles, and I was able to join one of those.

When I did calligraphy, I would just be writing the same characters over and over again, and partly it was meditative in the sense that you're able to clear your thoughts of anything else and just practise, but you also get an idea in your hand of how it's supposed to feel. I like the discipline that goes with those types of Japanese activities. 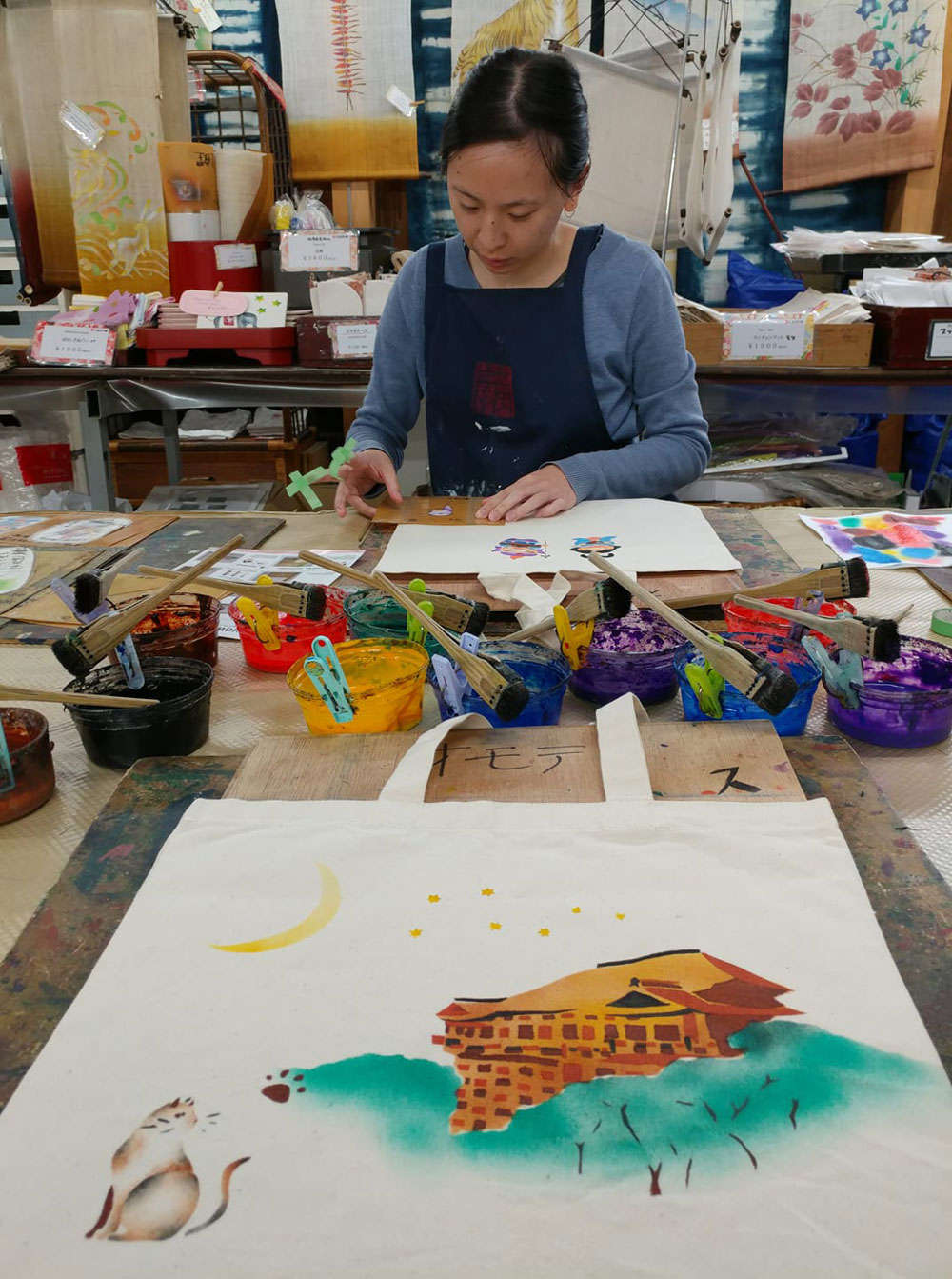 How was life in Japan different to life in your home country?

I think what stands out the most would be the sense of community, something that I've noticed in all the different places that I've lived in. Whenever there was an event at school, it was amazing to see everyone stepping in to help pack up at the end, and it was all done within a matter of minutes. There is a sense of everyone contributing to the community and thinking about others. When you see, for example, the yosakoi dancers at a festival, it doesn't really matter what their ability level is. I love that everyone from toddlers to grandmothers has the chance to participate. 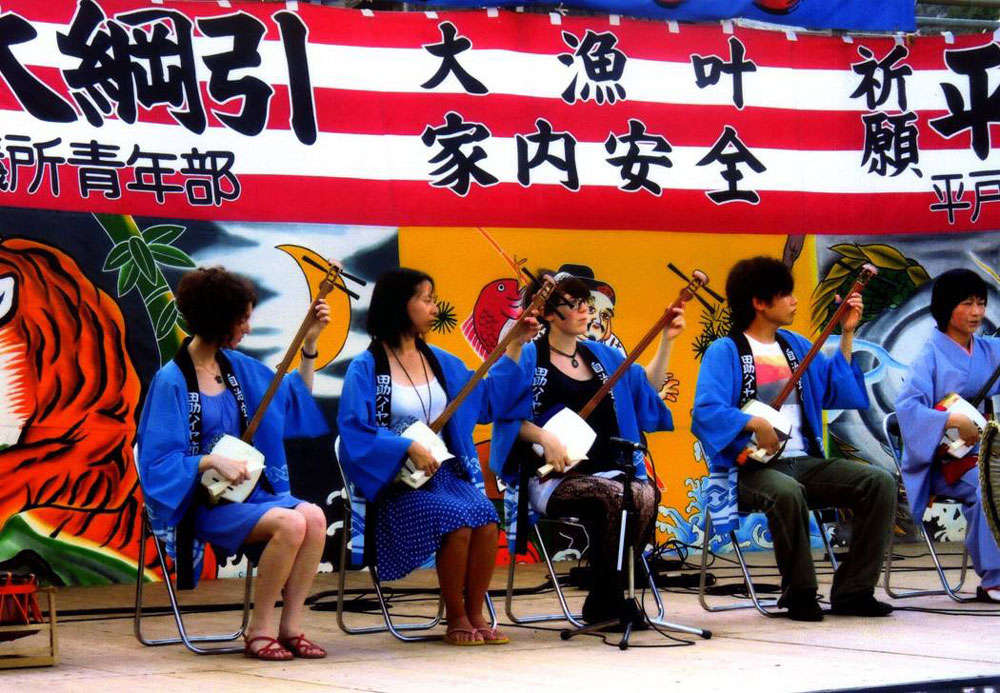 Another thing I've noticed about Japan is how much plastic they use. On the flip side, I love being able to find really good quality clothing and furniture in secondhand stores when I live in Japan.

I'm currently a Japanese teacher in Australia, but the urge to go back is always there, so I might end up doing something in Japan again in a few years time. I really value a good work-life balance, so it would have to be something that provides that. I did some internships at the Australian Embassy and the Australian and New Zealand Chamber of Commerce, so that's given me other paths to explore as well.

A few things come to mind. One was climbing Mount Fuji. We started from the 5th station, and I think it took us about six hours to get to the top. The rocks get a bit slippery as you go, and it's cold enough that when you get to the top you see icicles hanging down, but the hiking keeps you warm. We stayed in a cabin, and there are these long bunk beds where everyone's kind of packed in together like sardines, but when we finally got to the peak to watch the sunrise, there was just this sense of serenity. We were above the clouds, so there was a beautiful kind of cloud cover, like you're floating in the sky. 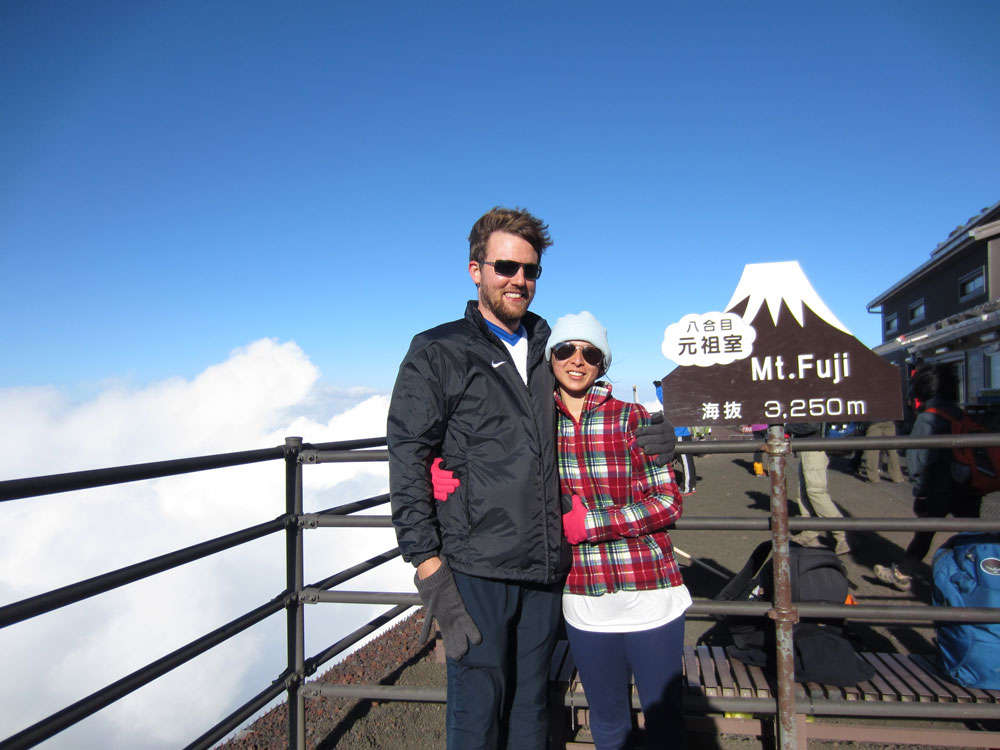 Another one was travelling on the Shimanami Kaido, a series of bridges that connects Shikoku to Honshu. My partner and I hired bikes, and nine hours later we made it to the end. That's a moment that stands out just because it was so physically challenging, but it was just a really great experience as well.